This is an Elf Owl. 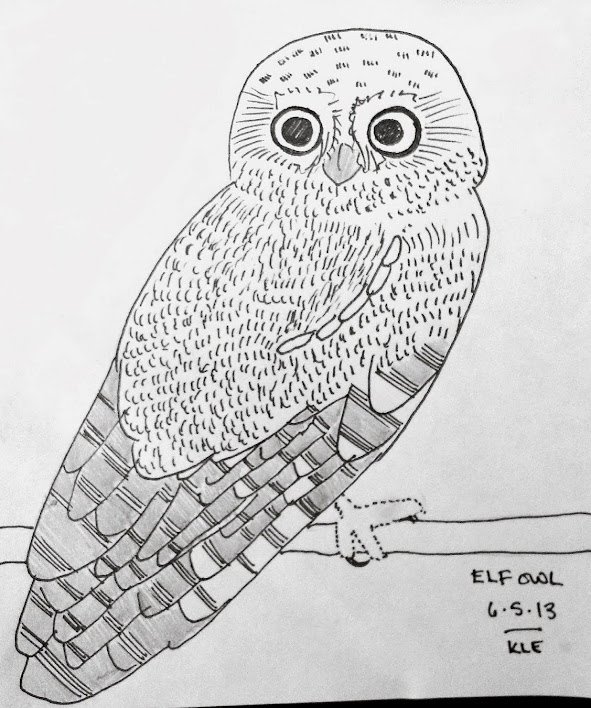 And here is another Great Horned Owl: 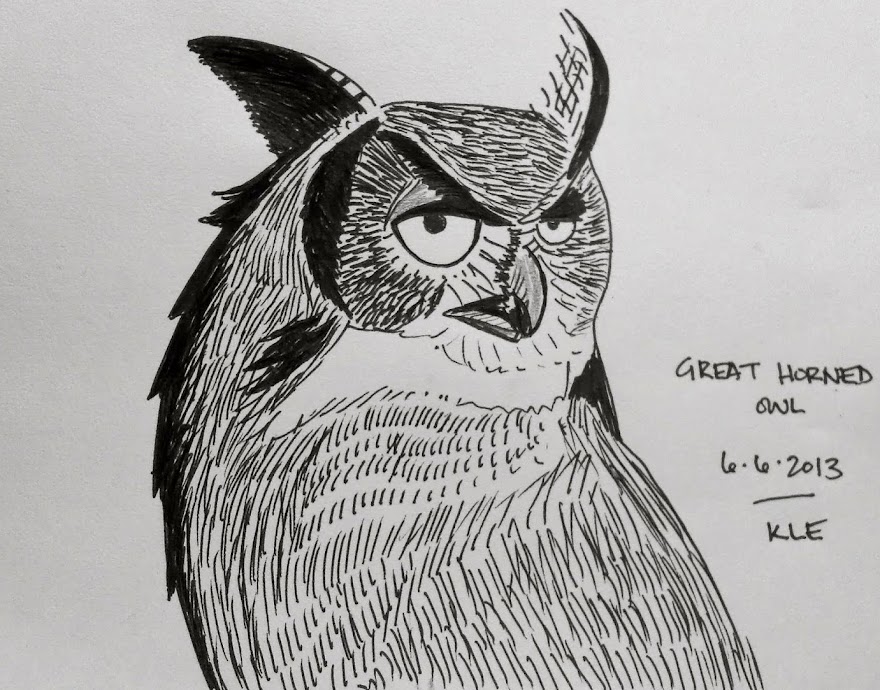 I drew a Great Horned Owl on April 29th as well.  I wasn’t going to do repeats until I had drawn one of EVERY OWL ON EARTH but then this guy came up in my bird-a-day calendar so I drew him.  He looks as though he has something to say.  (I think he is also probably a dark morph.  My bird-a-day calendar doesn’t give very much trivial information though, so that’s just me spit-ballin’.)

One Response to “my twelfth and thirteenth owls”